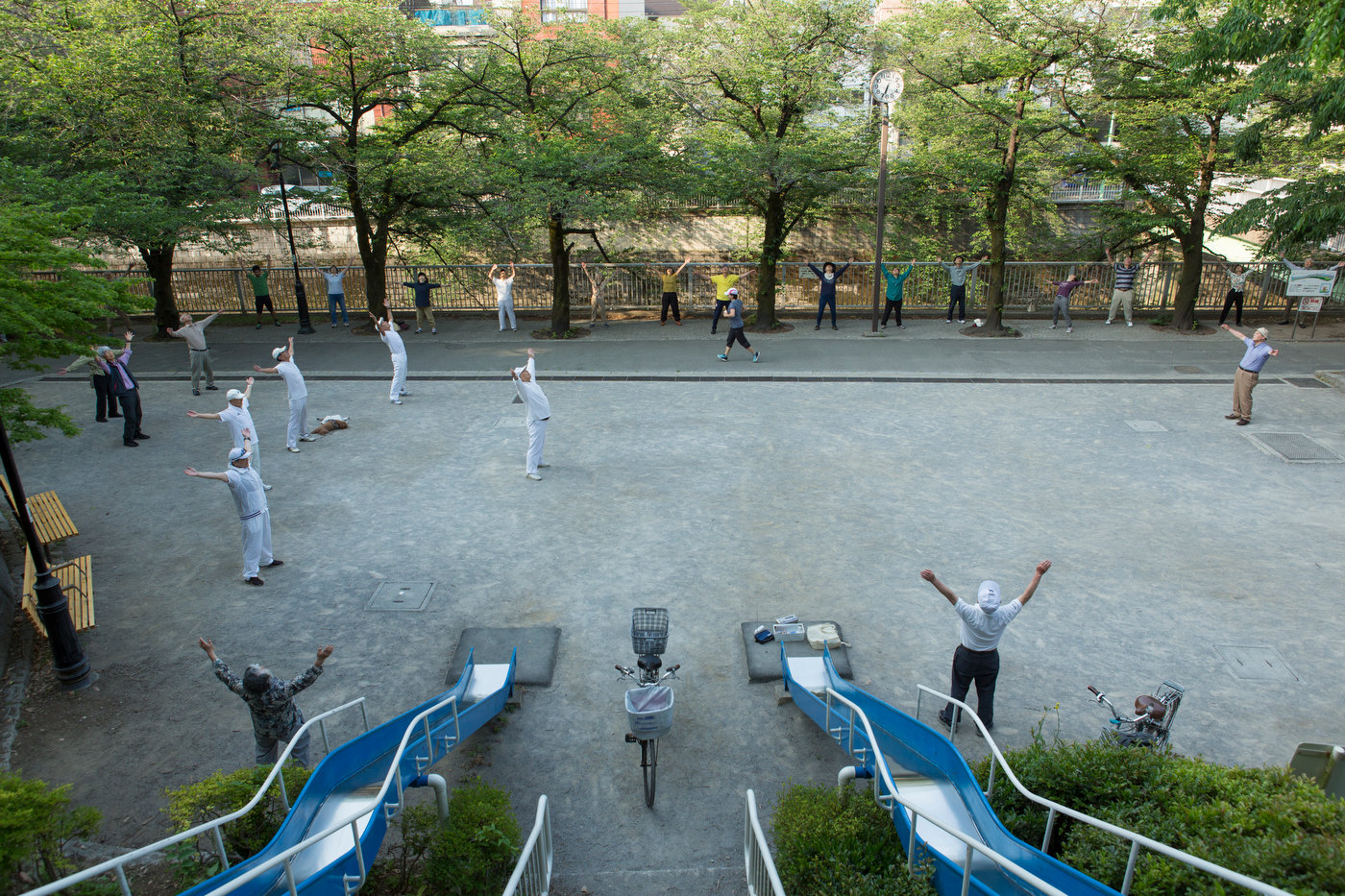 SINJUKU-KU, TOKYO -MAY 2017: Locals exercise with an early morning session of rajio taisō in Edogawa park. Rajio taisō was introduced to Japan in 1928 as a commemoration of the coronation of Emperor Hirohito. The idea for radio broadcast calisthenics came from the US, where during the 1920s the Metropolitan Life Insurance Co. sponsored 15-minute radio calisthenics in major cities in the US. Visiting employees of the Japanese postal insurance division brought samples of the exercises from the US back to Japan. The exercises were widely used to improve the health of Japanese soldiers both at home and abroad during the 1930s and 1940s. After Japan's defeat in 1945, the broadcasts were banned by the occupying powers as being too militaristic in nature. After several rewrites to the exercise routine, it was reintroduced by NHK radio in 1951 with the support of the education ministry, health ministry, the Japan Gymnastic Association and the Japan Recreation Association (photo Gilles Mingasson).