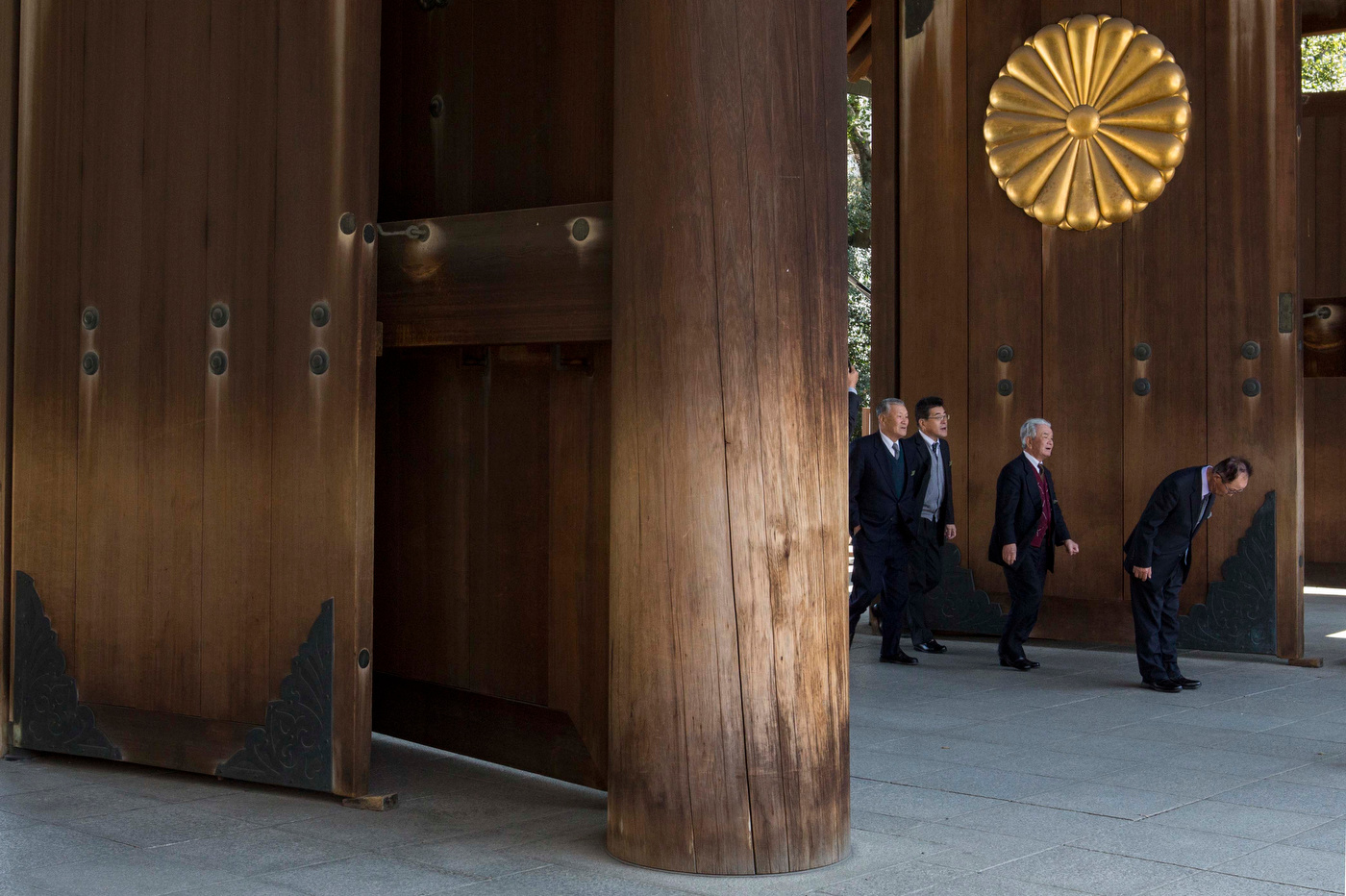 CENTRAL TOKYO, JAPAN - MARCH 18 2017: Visitors walk by a massive wooden door at the entance of the Yasukuni Shrine. The Yasukuni Shrine is a Shinto shrine in central Tokyo that commemorates Japan's war dead. The shrine was founded in 1869 with the purpose of enshrining those who have died in war for their country. The spirits of about 2.5 million people, who died in the conflicts accompanying the Meiji Restoration, in the Satsuma Rebellion, the First Sino-Japanese War, the Russo-Japanese War, the First World War, the Manchurian Incident, the Second Sino-Japanese War and the Pacific War, are enshrined at Yasukuni Shrine in form of written records, which note name, origin and date and place of death of everyone enshrined. A political controversy surrounds Yasukuni Shrine because since 1978, fourteen class A war criminals have been among the 2.5 million people enshrined at Yasukuni. Furthermore, the official visits by several Japanese prime ministers and cabinet members to the shrine since 1975 have been causing concerns regarding a violation of the principle of separation of church and state. Next to the shrine buildings stands the Yushukan, a large museum that commemorates Japan's wars from a conservative Japanese perspective with detailed information in English. Around the shrine grounds stand hundreds of cherry trees including Tokyo's representative cherry tree that is used by the meteorological agency to pronounce the official opening of the blossoms in the city (photo Gilles Mingasson).