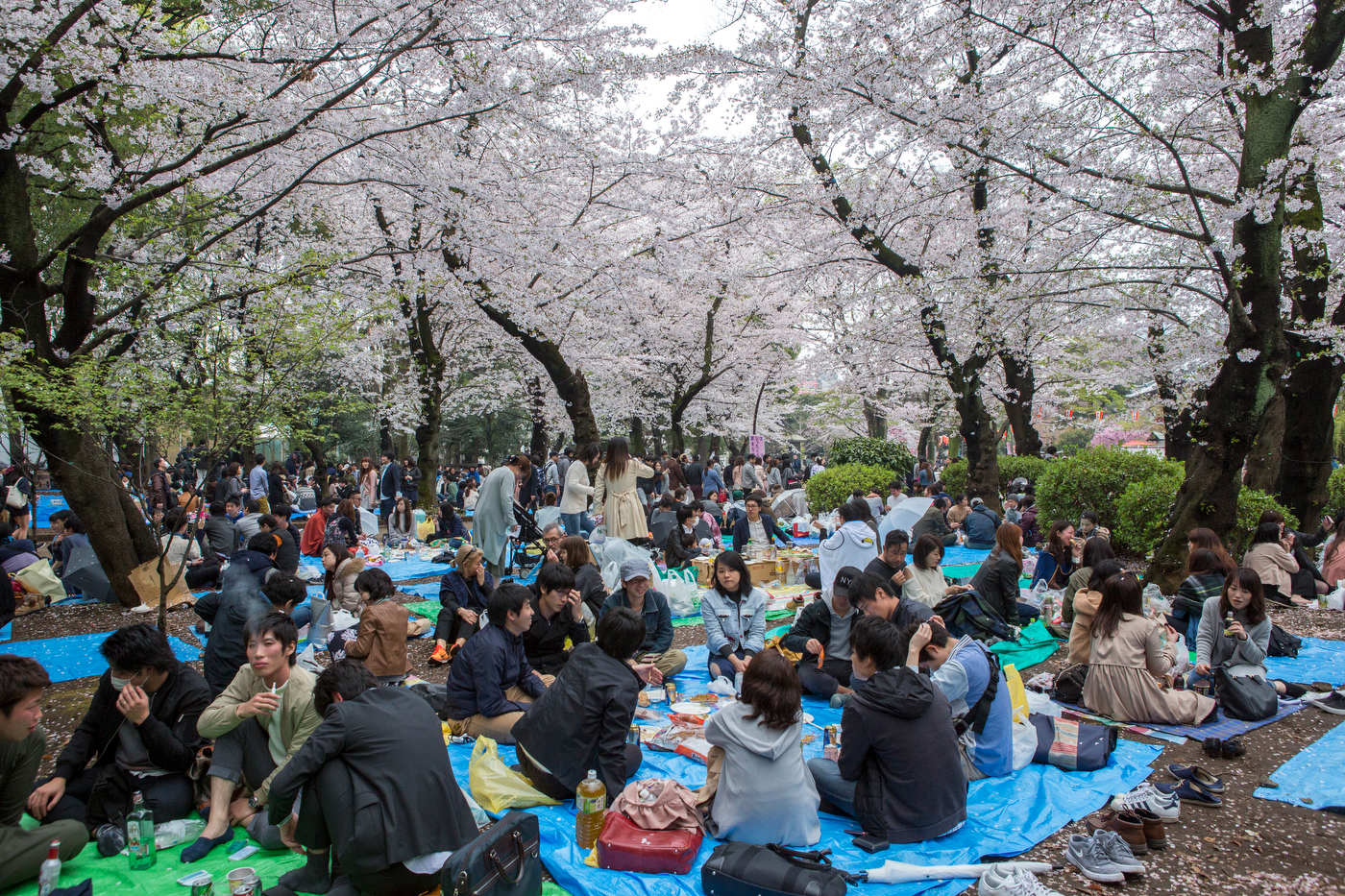 UENO PARK, TOKYO, JAPAN -APRIL 2017: Crowds enjoy the cherry blossom in Ueno Park, one of Japan's first public park and its most popular city park, with ten million visitors a year, during Hanami. Hanami, or "flower viewing", is the Japanese traditional custom of enjoying the transient beauty of flowers; flowers ("hana") are in this case almost always referring to those of the cherry ("sakura") or, less frequently, plum ("ume") trees. From the end of March to early May, cherry trees bloom all over Japan. The blossom forecast (sakura-zensen) "cherry blossom front" is announced each year by the weather bureau, and is watched carefully by those planning hanami as the blossoms only last a week or two. In modern-day Japan, hanami mostly consists of having an outdoor party beneath the sakura during daytime or at night. Hanami at night is called yozakura "night sakura". In many places, temporary paper lanterns are hung for the purpose of yozakura (photo Gilles Mingasson).