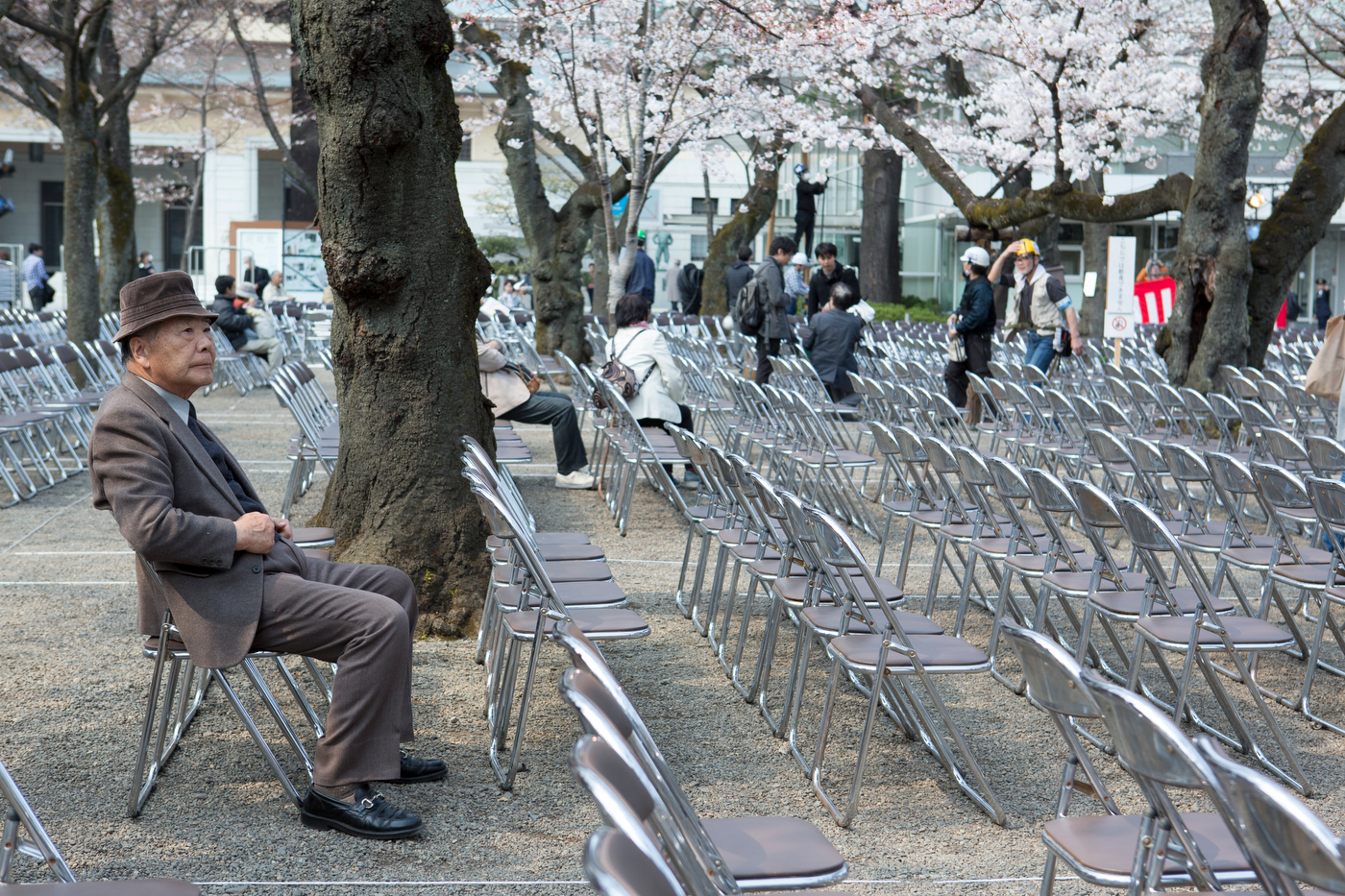 CENTRAL TOKYO, JAPAN - APRIL 2017: A visitor enjoys thecherry blossom during Hanami at the Yasukuni Shrine. Hanami, or "flower viewing", is the Japanese traditional custom of enjoying the transient beauty of flowers; flowers ("hana") are in this case almost always referring to those of the cherry ("sakura") or, less frequently, plum ("ume") trees. From the end of March to early May, cherry trees bloom all over Japan. The blossom forecast (sakura-zensen) "cherry blossom front" is announced each year by the weather bureau, and is watched carefully by those planning hanami as the blossoms only last a week or two. In modern-day Japan, hanami mostly consists of having an outdoor party beneath the sakura during daytime or at night. Hanami at night is called yozakura "night sakura". In many places, temporary paper lanterns are hung for the purpose of yozakura. The Yasukuni Shrine is a Shinto shrine in central Tokyo that commemorates Japan's war dead. The shrine was founded in 1869 with the purpose of enshrining those who have died in war for their country. The spirits of about 2.5 million people, who died in the conflicts accompanying the Meiji Restoration, in the Satsuma Rebellion, the First Sino-Japanese War, the Russo-Japanese War, the First World War, the Manchurian Incident, the Second Sino-Japanese War and the Pacific War, are enshrined at Yasukuni Shrine in form of written records, which note name, origin and date and place of death of everyone enshrined. A political controversy surrounds Yasukuni Shrine because since 1978, fourteen class A war criminals have been among the 2.5 million people enshrined at Yasukuni. Furthermore, the official visits by several Japanese prime ministers and cabinet members to the shrine since 1975 have been causing concerns regarding a violation of the principle of separation of church and state. Next to the shrine buildings stands the Yushukan, a large museum that commemorates Japan's wars from a conservative Japanese perspective with