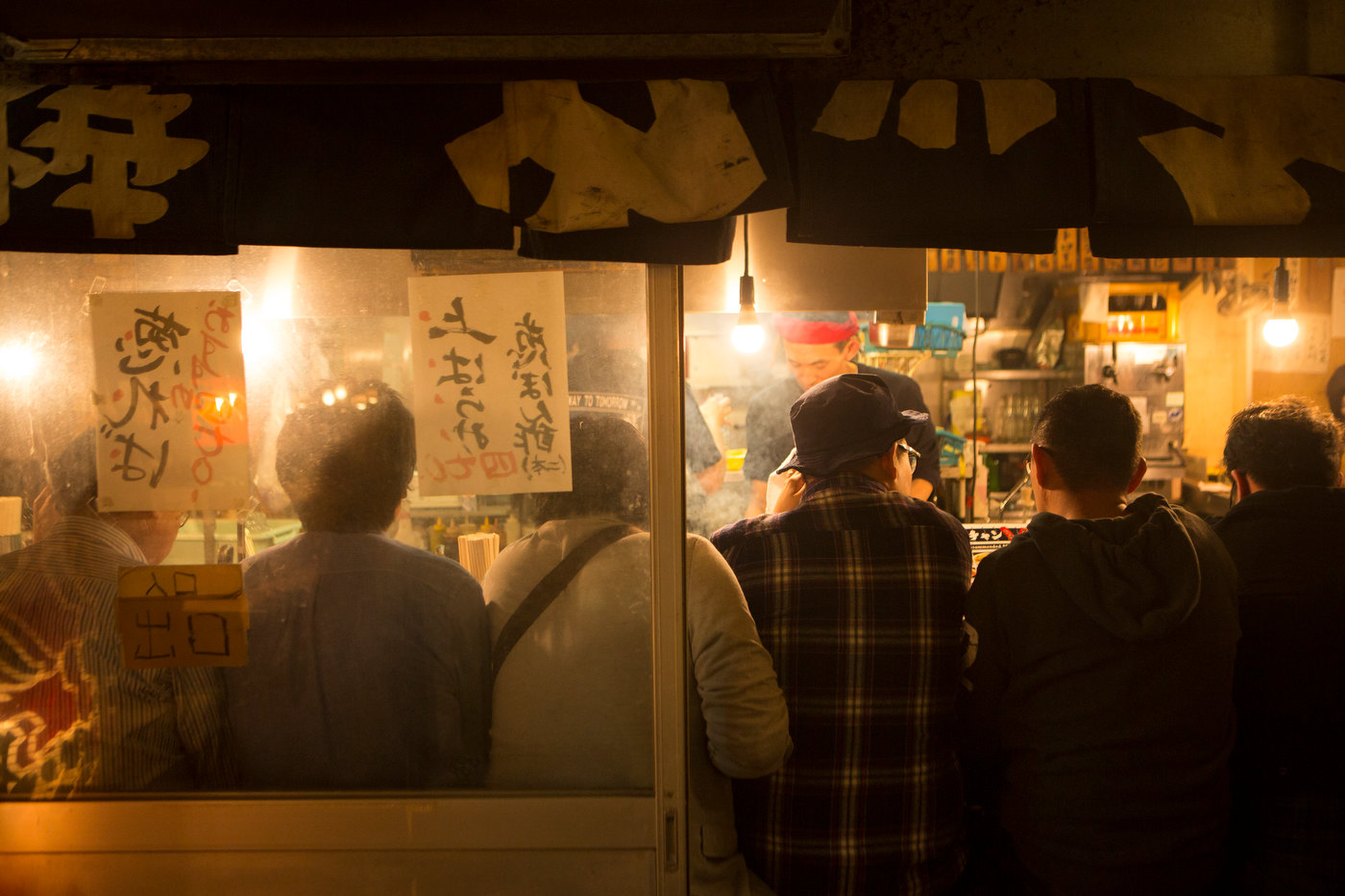 SHINJUKU, TOKYO: Small eateries in Omoide Yokocho (" memory lane"), also known under its more colorful nickname Piss Alley, a small network of alleyways along the tracks northwest of Shinjuku Station, the world's busiest railway station. The narrow lanes are filled with dozens of tiny eateries serving ramen, soba, sushi, yakitori and kushiyaki. Many restaurants consist of just one counter with some chairs, while others have a couple of tables. Shinjuku is one of the 23 city wards of Tokyo, but the name commonly refers to just the large entertainment, business and shopping area around Shinjuku Station. West of the station is Shinjuku's skyscraper district, home to many of Tokyo's tallest buildings, including several premier hotels and the twin towers of the Metropolitan Government Office, whose observation decks are open to the public for free. Northeast of the station lies Kabukicho, Japan's largest and wildest red light district, while department stores, subterranean malls and electronic shops surround Shinjuku Station on all four sides, including the redeveloped Southern Terrace (photo Gilles Mingasson).