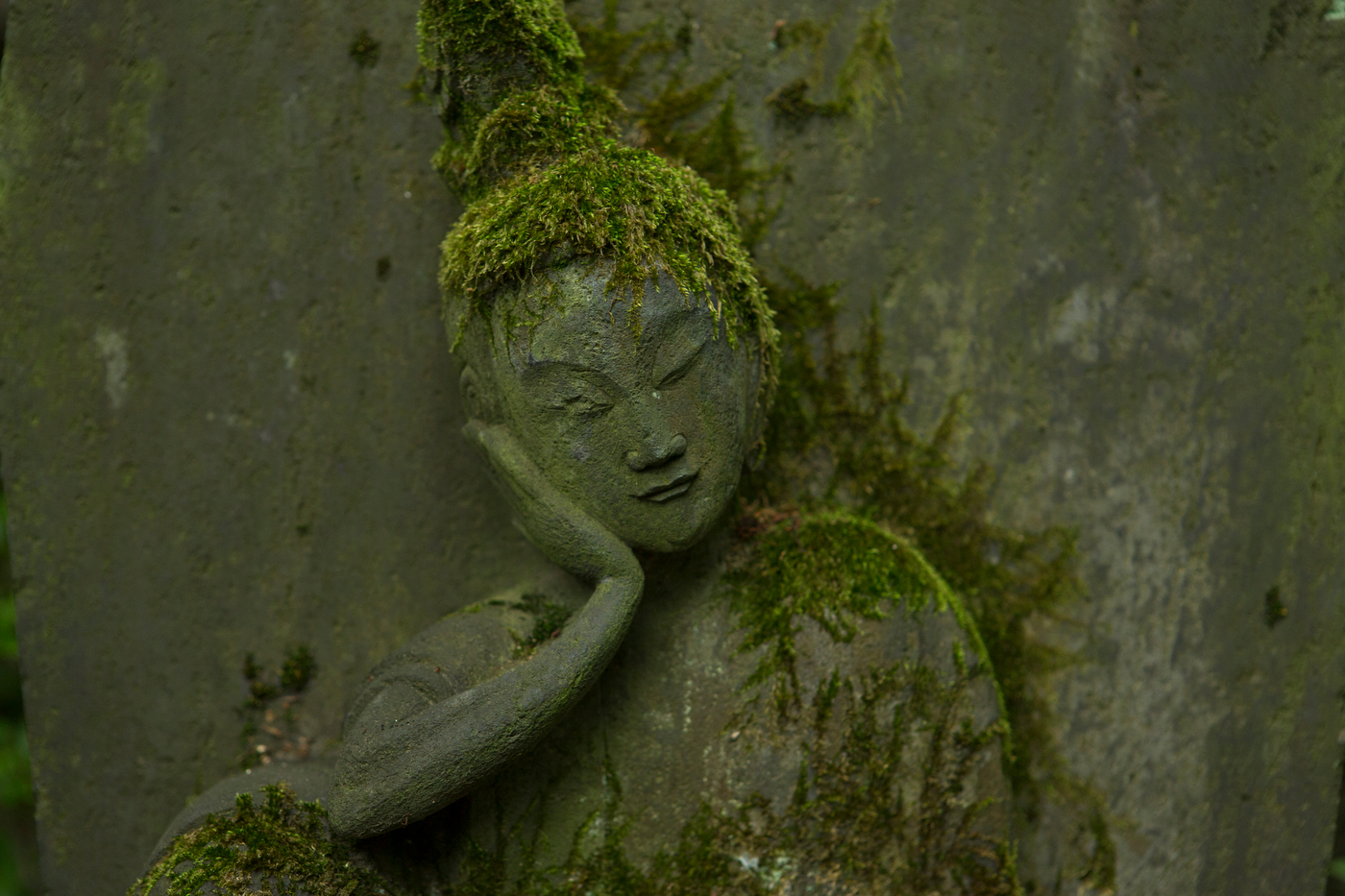 MINATO, TOKTO -MAY 2017: A Buddhist statue (??) collects moss in the lush, quiet Nezu Museum Japanse gardens, an oasis of tranquility in the middle of one of the world's largest metropolis. The museum is known for its stunning and extensive Japanese-style garden: within the confines of the museum nestled in the fashionable district of Omotesando, narrow paths run through the garden, leading to a pond from a natural source. Four pavilions devoted to tea ceremony with great greenery composition are spread over an area of 1700 m². One of the tea houses was specially built to watch the splendor of the purple foliage of Japanese maples. Along the garden many winding paths, Buddhist statues collect moss, a symbol of a silent purity. Re-opened in 2009 with a completely new museum building by the Japanese architect Kengo Kuma, the Nezu museum houses the private collection of pre-modern Japanese and East Asian art of Nezu Kaichirō (1860–1940). The museum collection was stored away from central Tokyo during the second world war and escaped the destruction suffered by the estate property in the bombing of May 1945. Exhibitions were restarted after the war in 1946. Included in the collection are a pair of Edo period folding screens of Irises by Ogata Kōrin. It also includes other paintings of renown, calligraphy, sculpture, ceramics, textiles and archaeological materials, as well as objects in lacquer, metal, and wood. The collection also consists of Chinese bronzes of the Shang and Zhou dynasties. (Photo Gilles Mingasson).