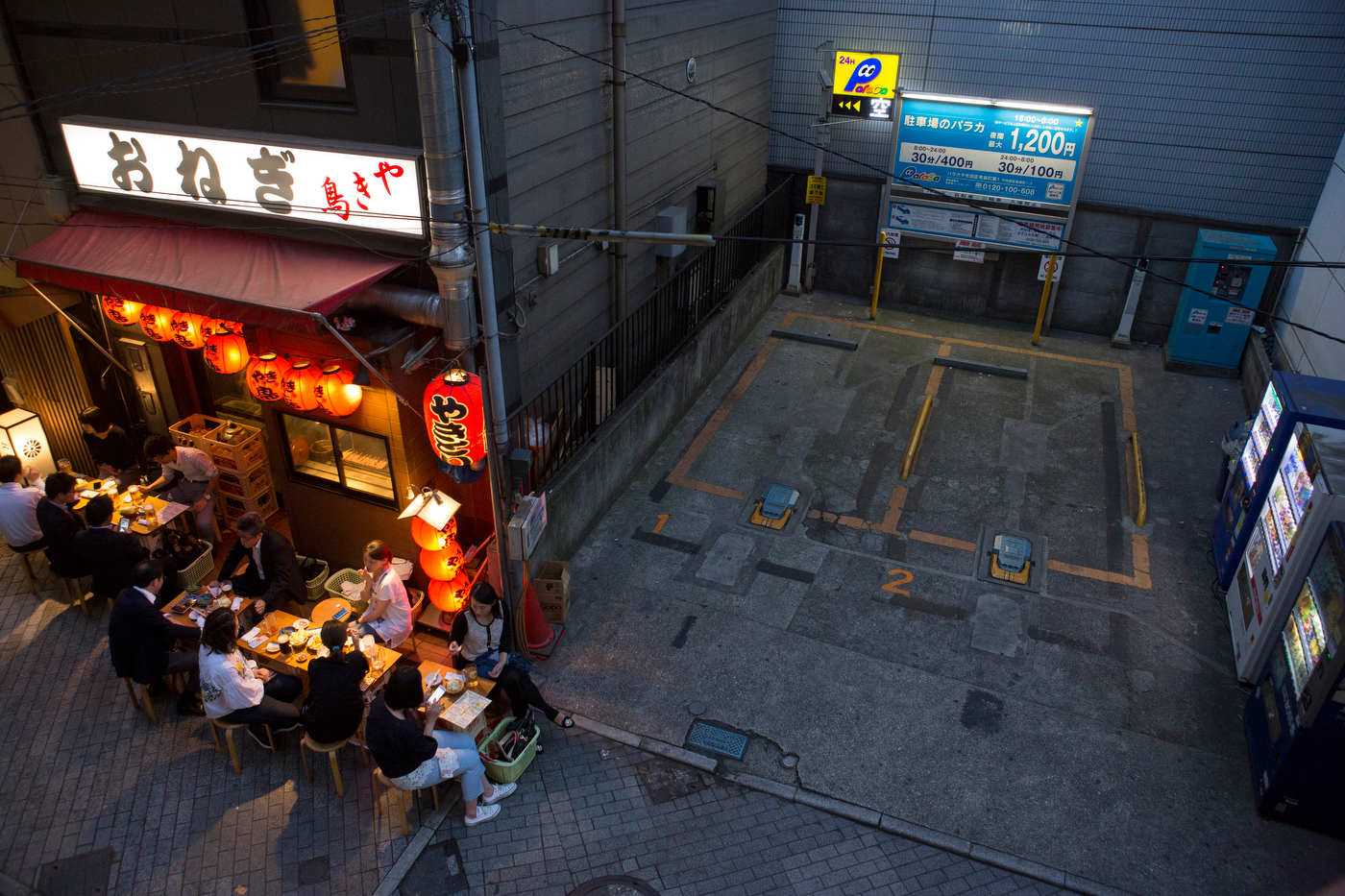 YURAKUCHO, TOKYO -MAY 2017: Office ladies and salarymen enjoy casual food and drinks in a quiet street near Yurakucho Station in Tokyo's Yurakucho neighborhood. The Yurakucho district lies one stop south of Tokyo Station along the JR Yamanote Line. Although it is adjacent to the posh Ginza district, Yurakucho has a more approachable, relaxed atmosphere than its upscale neighbor.

One of Yurakucho's draws is the lively restaurant district built up under the brick arches beneath the elevated train tracks of the JR Yamanote Line. Known in Japanese as Gado-shita, from "below the girder", these favored watering holes of Tokyo businessmen occupy virtually all of the free space under nearly 700 meters of track on both sides of Yurakucho Station. Many of the eateries under the train tracks are authentic izakaya (all you can eat) and yakitori joints where one can grab a cold beer and some casual good eats. Other dining establishments can be found there, as well, including elegant French wine bars, Italian restaurants and German beer halls, especially around the slightly more upscale northwestern side of Yurakucho Station (photo Gilles Mingasson).