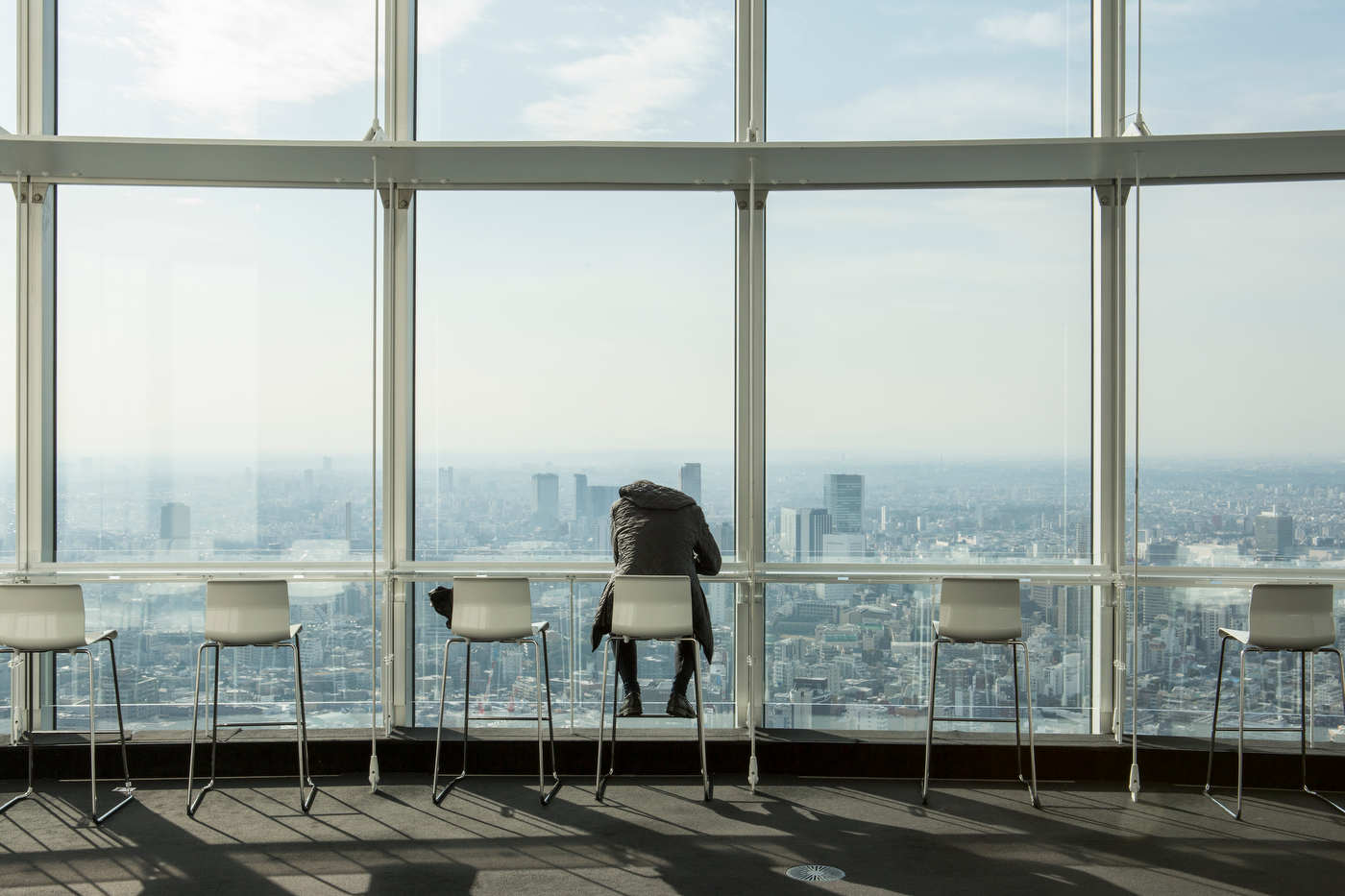 ROPPONGI HILLS, TOKYO, JAPAN - JANUARY 31 2017: A visitor finds peace and quiet and unobstructed views on the observation deck of the Roppongi Hills Mori Tower, a 54-story mixed-use skyscraper located in Roppongi. Completed in 2003, the Mori Tower is the centerpiece of the Roppongi Hills urban development. It is currently the sixth-tallest building in Tokyo at 238 meters (781 ft). The tower has a floor space area of 379,408m squared (4,083,910 sq ft), making it one of the largest buildings in the world by this measure. The Mori Tower building is primarily used for office space (several of the world's largest corporations have their headquarters there), but it also includes retail stores, restaurants and the Mori Art Museum on the 53rd floor (photo Gilles Mingasson for National Geographic Books).